This is a live recording from a radio program in 1970.  All 4 songs were written by Hamid (Hamilton) Camp. The original recording was made using a Revox 4-track tape recorder.    Hamilton gave the go ahead to Waqidi to restore the recording (which Waqidi owned) in early 2005 (with the approval of L. Pickford and the wife of R. Grinage).  The first restored version was done by Sound Affair Mastering in August 2005 with the present version completed in 2012 with the assistance of Derek Jones.  Hamid never heard the restored version as he passed away in October 2005.

Each track is free 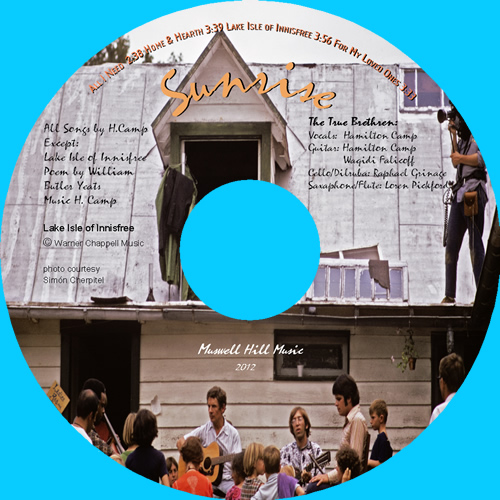 Sunrise Album
This is the complete Album Sunrise containing all four songs
Price: $0.00